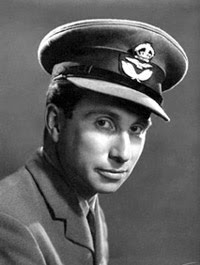 Uckfield does not look like a war machine, but it would have played a vital part in any Nazi invasion. Situated on the route to London, it would have been a place for the British to try and halt the German advance for as long as possible because of the natural help afforded by the river Uck. With its train line, road network and relative proximity to the coast, alongside this natural defence feature, it is easy to imagine the Nazis placing it highly in their invasion plan.

The course of history meant that the Germans never made their planned invasion and this was because they could not gain supremacy in the skies over the Royal Air Force. The idea before the invasion was to knock the RAF out the war and to do that, they needed to attack the air bases in the South East. Biggin Hill, Croydon and Tangmere were all targeted and, as a result, many Sussex towns and villages were caught up in the melee.

After the war, the Sussex Express and County Herald put together a book entitled ‘The War in East Sussex’ that chronicled these events. It details how, on 15th August 1940, the first bombs landed on Uckfield as retreating enemy bombers dumped their payloads on the town to escape the RAF. They had been on course to bomb Croydon but had been forced to turn away and escape over Sussex. Buxted received explosives too, though luckily both events caused little damage. Two of the planes were pursued and shot down; one in Rotherfield, one in Frant.

A day later, the 16th August, 71 bombs landed all over Uckfield in a similar incident. This time, two farm workers were killed when a bomb struck a cow shed. A Messerschmitt was shot down in nearby Five Ashes, but events like these were shocking and almost a daily occurrence.

The book also tells the sad story of Pilot Officer Billy Fiske. He was scrambled from Tangmere fighter station to defend it from incoming Stuka dive bombers only for his Hurricane to be badly hit by enemy fire. He managed to get his plane to limp back to the base but he died a day later of his injuries, the only American to die in the Battle of Britain.

‘The War in East Sussex’ continues with the story of another bomb attack on Uckfield. The book reads: “One of the most memorable nights at Uckfield was on September 18th, 1940, when about 700 incendiary bombs and twelve high explosives lit up the town.” Whilst the number of bombs dropped that night has been disputed, there is no doubt the number was in the hundreds. Bombers that had been thwarted in their attempts to attack London once again released their bombs in an attempt to escape, setting the top of the High Street on fire. The cottage hospital had a luckier escape, with bombs landing all around it in the grounds.

As RAF resistance grew, incidences such as these fazed out, only to be replaced by the dreaded doodlebugs. The book mentions one such occasion, when a fighter pilot had to smash into the flying bomb with his aircraft in order to bring it down safely. When war ended in 1945, Uckfield and other towns like it, breathed a sigh of relief.