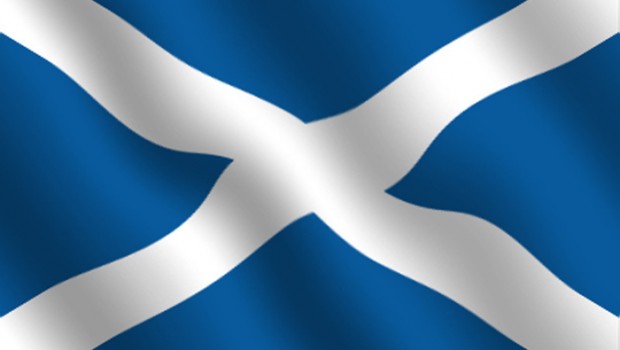 Local Opinion – After The Referendum

By the time you read this, almost two months will have passed since the Scottish people voted not to leave the United Kingdom. It will therefore be as good a time as any to assess the situation from Crowborough’s vantage point as the ‘Scotland of Sussex’.
The run up to the vote, if you recall, was characterised by speculation and hand-wringing. We went to bed on the 18th September with a sensation not unlike that of Christmas Eve: what would we all wake up to? Would the Union be intact? Would Mr Salmond be carried aloft on the shoulders of the tiny and hectoring Nicola Sturgeon? Alas, when dawn broke on the 19th, Scotland was still there, like the unidentifiable (and thankfully distant) male relative on Christmas Day who no one owns up to inviting.
Timidity and fear had again won the day. After all Alex Salmond’s careful politicking and posturing, after his whole wonderfully played campaign had been enacted, the brave climax failed to materialise.
This must be attributed, in equal parts, to Gordon Brown, David Cameron and Ed Miliband. Now, I for one had thought I had seen the last of that man Brown, who was once described, quite accurately it has to be said, as a mountain of porridge. His bad-tempered face cropped up roughly two weeks before the vote, in an attempt by the ‘No’ campaign to make Scotland see sense. Ironically, it made all of England see red, as it brought back memories of the wholly undemocratic (and Scottish) Brown stint in Number 10. Meanwhile, Cameron’s slick and tasteless road trip was utterly indefensible. As the Prime Minister, he should have butted out of the affair, declared he personally hoped Scotland would vote against independence but that it was, after all, their decision to make. Instead, we had to witness his two day junket up to the Highlands, where he basically begged Scotland not to go their own way. It was like a sorry, uxorious country begging its national spouse for redemption, complete with proffering well-meant but undeliverable promises. Equally, when Miliband got involved, he just became swept along with the tide of ‘devo-max’ promises that he seems not even to understand himself. He claimed after the referendum that the problem would take ‘over a year’ to solve: as the convention that created the US constitution in 1787 took only four months, the man is either mad or stupid or, perhaps more aptly, both.
Anyway, it was a shame that such a well-fought campaign hadn’t succeeded. What is worse, however, is that the legacy it left behind has already been tarnished. Salmond himself soured the moment when he resigned and childishly banned certain parts of the media from his press conference; the Brown-Cameron-Miliband pact of offering ‘Yes’ voters gradual, safe independence at the eleventh hour dishonestly swerved voters to the no side; while Miliband’s subsequent u-turn over ‘English votes for English laws’ will just build resentment in the rest of the UK.
So the Scottish Independence Referendum of 2014 has only really succeeded in alienating Scotland further from England. But do you know what the really sad thing is? That the English people don’t really seem to care anymore.