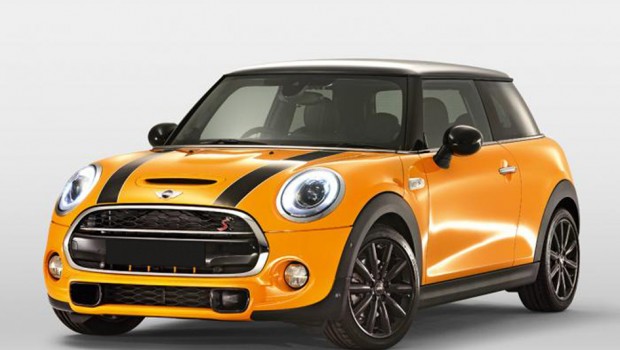 The thing I’ve always liked about the BMW MINI is that, unlike the other “retro” cars, the New Beetle and the Fiat 500, you are just as likely to see a man behind the wheel as a woman. This is because the MINI is not just a triumph of style over substance. Both the VW and the Fiat are dynamically worse than the mainstream hatchbacks they are based on. The MINI isn’t based on another car, it is a one of a kind, and underneath those cute as a button looks and retro interior lies a well built, well-engineered BMW that is fantastic to drive, even if it does fall down on overall practicality.

Almost thirteen years after the first new MINI hit the showrooms, the Mk III has arrived. To be honest, the Mk II was just a minor facelift of the Mk I but this is an all new car. Is it a step change improvement on the previous model, or is it a flabbier, woollier version with some new technology scattered around the place? Well, it is certainly bigger – longer, wider and roomier although, through the miracles of BMW engineering, it is slightly lighter than the previous model. In appearance it is very obviously a MINI but there are significant changes from the outgoing model, including reworked rear lights, a crease running the length of the side panels and some major changes to the front end. The headlights are much bigger than before, the bonnet is longer and there is a more significant front overhang to accommodate improved crash protection. To my eye, the longer bonnet spoils the proportions and I’m not wild about the “trout pout” front grill, but it certainly hasn’t metamorphosed into an ugly duckling.

The interior maintains its retro flourishes but gets some new, very comfortable seats and better quality materials. The speedo has been moved to the top of the steering column so you can actually see it and the dinner plate sized dial in the centre of the dash now houses the satnav and ancillary functions, all of which can now be controlled via BMW’s user friendly iDrive system. However, the back seats are still too cramped and the boot is still titchy, if a little deeper.

The engine line up has been completely replaced with a pair of 1.5 litre diesels, two triple cylinder turbocharged petrol engines and a 2 litre turbo for the hot hatch Cooper S. The diesel had become the big seller in the last generation Cooper but I think this new 1.5 litre triple could change all that. It produces a healthy 134bhp, enough to punt this little car from 0-62 in 7.9 seconds and onto 131mph. You can rev it till it screams but there’s plenty of torque available from low down in the range and, better still, it is extremely refined and capable of 61mpg on a run.

The suspension is another area that is much improved. The old Cooper was painful on any kind of bumpy road, particularly if fitted with 17” wheels, but this one is smooth and compliant, a dramatic improvement. The handling is even better than before and the MINI retains its sharp turn in, precise steering and high levels of grip. It is still easy to keep in line when everything goes pear shaped too – in short, it’s a whole lot of fun to drive.

I have to say BMW have done a great job with this car. It still has all the things that made the original car such a hit, retro styling, a great driving experience, BMW build quality and a reasonable price tag, but every single aspect of it has been improved, in the case of ride comfort by a considerable margin. Yes, the back seats are only suitable for kids and the boot is tiny, but I doubt if this will put off many potential buyers. Coming to a driveway near you soon!