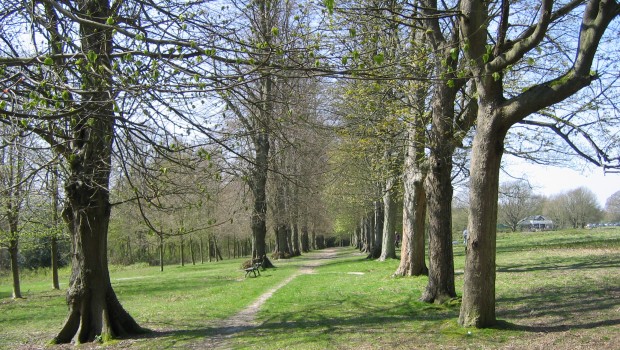 Incredibly, the year is a quarter gone already and we are standing at the threshold of Spring once again. The frogs arrived back in the Commons ponds in late February and there is plenty of spawn already. The first butterflies are on the wing, starting with Brimstones and then the Orange Tips and there is an ever increasing level of song from our birds. Canada Geese have arrived back on Brighton Lake and it won’t be long before the Mallard chicks hatch.

All this means that we will have to bring our tree cutting and clearance to an end, but the relatively dry and mild Winter meant we have been able to complete our planned works in time. We have carried out remedial works and reductions on a number of roadside trees and removed quite a number as well, mostly old, ivy covered hawthorns but also some mature trees that had gone beyond reasonable repair.

Over on Rusthall Common we completed the works held over from last Winter by dredging and re-sealing the pond next to the Tarry Path and we also installed the culverts under the new path near the Marlpit Pond and created a couple of new shallow ponds there. All these ponds have filled successfully over the Winter and will hopefully be providing new homes for some of our amphibians by the time you read this.

On Tunbridge Wells Common, the clearance extending the glade by the Bat Cave has been finished and the volunteers have removed scrub between the Racecourse and the Victoria Grove, adjacent to the path coming up from the Pantiles to create another new glade there. After the volunteers had finished the cutting, our contractors grubbed out the stumps, landscaped both sites and sowed them with our restoration seed mix. The conditions for germination are excellent at the moment, so hopefully it will not be long before these areas start to green up.

The one thing we have not been able to do yet is the planned improvements to drainage at Sunnyside Rd. The ground is still too wet there for us to put heavy machinery on it without seriously damaging the grass. In a few weeks however, we should be able to landscape the area around the drain at the end of the stream to prevent it overflowing and flooding during heavy rain. As the ground dries, we will also be starting on the grass cutting. It is nice when we can make an early start on the grass, it enables us to get a good standard of finish early in the season.