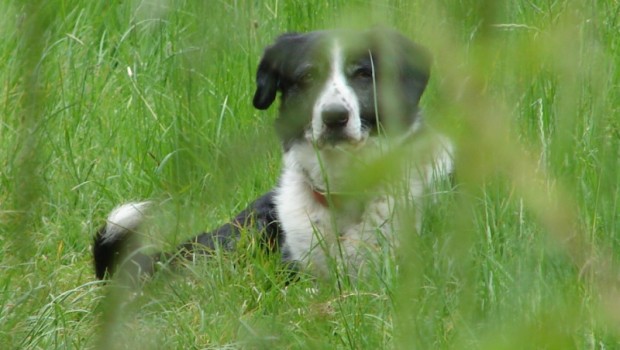 Although it has been quite cool this month, it has been mostly dry and this has allowed us to get on well with the heavy machinery that cuts our meadows and other large open areas. We are almost finished with only another week’s work to go and it looks as though the weather will hold until the end of the month. The small flail has been in during this month and has cleared many of our woodland paths and it can now get on with picking up all the little areas that the big flail cannot get into.

I always enjoy this time of year when the Commons start being cleared and we move into a new season. Whilst the weather holds, we are hoping to de-silt the pond at the bottom of the steps down from the Tarry Path and will also be carrying out some further work to improve the path we put in near Common View last winter as well as undertaking repair work to damaged road edges on Castle Rd and Bishops Down Rd. I am hoping that being ahead of ourselves on the clearances this year will also give me a bit of time to do some work on clearing gullies and drains.

Early autumn this year is bringing huge crops of berries on cherry laurel, blackthorn and hawthorn and it looks as though it could be a good mushroom season too. Swallows and martins are already starting to move south but there are also still lots of butterflies still on the wing and large numbers of dragon and damselflies around the ponds. All in all it is a lovely time to be out and about and it seems possible that our Indian summer could go on well into October.

Sadly, I recently lost my lovely dog Jade, who some of you will have met. She came to me in 1997 and we were together twenty four hours a day for the next seventeen years. We made a pretty good team; I organised the work and she handled the Public Relations. Jade was a Sprollie, a Springer Spaniel crossed with a Border Collie and she had the wonderful temperament you would expect from that mix. She was very beautiful, very intelligent and she had an amazingly positive view of people. She enjoyed a long and very happy life and was always the perfect companion to patrol the Common with, I miss her terribly.