Chris McCooey has earned his living as a full-time freelance non-fiction writer since 1986 and his book ‘Freelance’  tells how. 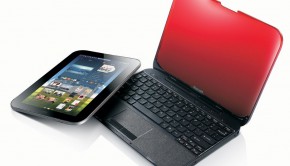 IT and Media Laptop or Tablet? Buy a hybrid and get the best of both worlds

Sales of tablet computers have been increasing exponentially since Apple launched the iPad in 2010, partly at the expense of

Can you afford your retirement?

As healthcare and living standards improve, so does our longevity. A male aged 65 is now expected to live to