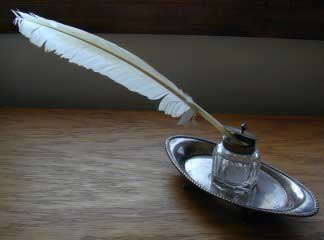 One of the lesser known previous residents of Crowborough is the curiously named Walter Delaplaine Scull.

Walter was born in Somerset in the February of 1863 to an American father, Gideon, and an English mother, Anna. Although Gideon Scull was a descendant of a wealthy line of American wool merchants, he did not continue the successful family business. He chose instead to leave David Scull & Co. in Pennsylvania to become a historian and genealogist. He moved to England whereupon Walter was born and, five years later, Edith Maria Lydia completed the family.

With his favourable background, it is not surprising that Walter was soon inducted into one of the best schools in the country, Rugby. After impressing there, he naturally moved on to Lincoln College, Oxford, in 1881. After completing his degree, he moved to London and became a member of the Inner Temple but never actually practised as a lawyer.

It was at this stage in his life that Walter began to come into his own and forge a name for himself doing the things he enjoyed the most: painting and writing.

In his wealthy position, Walter had the luxury of being able to pursue the arts as if they were pastimes and produced some impressive work without the restricting presence of financial pressure. He took a long trip to Egypt in 1893 and painted ‘Sailboats on the Nile’, ‘Landscape of the Nile’ and ‘Temple of Abu Simbel’, following these up with ‘The Destroyer’ in 1895 and his first literary work, ‘The Garden of the Matchboxes and Other Stories’ in 1896.

It was soon after the success of this book that he purchased an area of land in Crowborough and built his own house, The Pines, in what is today Harlequin Lane. Walter was an active member of the community and even became the Vice President of the Crowborough and Jarvis Brook Rifle Club for a period of three years. When, at the outbreak of the First World War, Sir Arthur Conan Doyle helped to create the first version of the Home Guard, Walter signed up to the Crowborough regiment and served alongside the author to help protect England from any German invasion.

From his residence in Crowborough, Walter wrote at length on Sussex and the surrounding area in his books ‘Old Buckhurst’ and ‘Ashdown Forest in 1632’; he also went on to pen two novels under his pseudonym of ‘Lewis Lusk’, called ‘Sussex Oak’ and ‘Sussex Iron’.

So, as painter or writer, as W. D. Scull or L. Lusk, Walter Scull is another worthy member of Crowborough’s past who adds interesting history to the town.