If the bee disappeared from the surface of the gl..." /> The plight of the bumble bee – Town Crier
Local and Topical 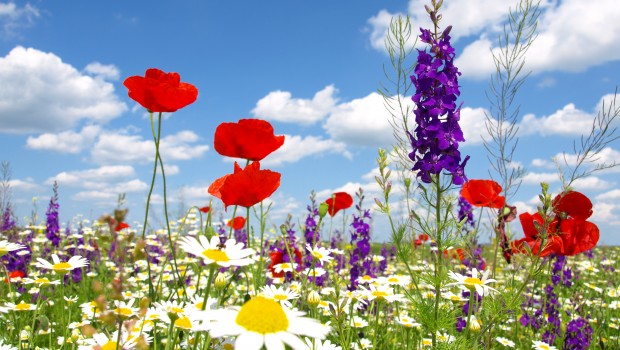 It is reported that Albert Einstein once said “If the bee disappeared from the surface of the globe then man would only have four years of life left. No more bees, no more pollination, no more plants, no more animals, no more man.”

Another quote from the great man was “I never think of the future – it comes soon enough”.

Well – he was right. Over the last few years the bee population has suffered a global decline.

There are many possible reasons for the decline, including habitat loss and degradation, use of pesticides, parasites such as the Varroa mite and air pollution, which is thought to reduce the ability of bees to smell flowering plants.

In the UK we used to have 26 species of Bumblebee, two species have already become extinct.

Since the 1930’s we have lost a staggering 98% of our wildflower meadows. Basically there are now far fewer wildflowers in the countryside to provide bees with the pollen and nectar that they need to survive. Flowers attract insects by providing them with two sources of food – nectar and pollen. Nectar contains sugars which provide them with energy while pollen grains contain vital proteins and oils.

Pollination is the process by which pollen is transferred from one flower to another, this transfer of pollen fertilizes the plant which then produces seeds and fruits. In some plants, such as grasses, pollen is spread by the wind, but the majority of plants require insects to transfer the pollen.

Bees pollinate all sorts of fruit and vegetables, which end up on our plates. In fact it is estimated that a third of the food we eat is pollinated by insect pollinators such as honeybees, bumblebees and butterflies. Globally, of the 100 crop species that provide 90 per cent of the world’s food, over 70 are pollinated by bees.

In some parts of China bee populations have become extinct and farmers have had to resort to pollinating fruit trees by hand, brushing the insides of the flowers with pollen.

When you consider a single hive of fifty thousand honeybees can pollinate half a million plants a day this is clearly not a very practical solution.

The significance of the decline in bee numbers is probably lost on most people, but it should be a worry for everyone, not just conservationists.

Here in the UK the monetary value of pollination of our foodstuffs by  bees is estimated to be £430m a year. The retail value of the crops they pollinate is valued at nearly £1bn.

In 2007 the governments of England, Scotland, Northern Ireland and Wales set up a UK National Ecosystem Assessment. This study aims to analyse of the UK’s natural environment in terms of the monetary and non-monetary benefits to society provided by the range of services we gain from nature. These services became known as “Ecosystems Services”.

Some ecosystem services depend on the presence of particular species of plants and animals which supply us with things like food, timber and medicines Other ecosystem services provide us with water, decompose waste or maintain soil fertility.

Ecosystem Services also provide non-material benefits such as the recreational benefits of the countryside.

In a world of nearly seven billion people it’s odd that something as simple as a Bumble bee underlines the reality that we are still dependent on nature’s services to survive .

The Plight of the Bumble Bee

The Welsh Government is leading the way in trying to reverse the decline in bee numbers by recently announcing a Pollinator Action Plan. The action plan is likely to include changes to the planning system that will help make development more  “pollinator friendly”, promote  pollinator-friendly planting on road verges and promote better  management of parks and other public green spaces as well as encouraging nurseries to sell pollinator-friendly plants.

Everyone can do something for bees. If you are lucky enough to own a field or large lawn why not mow it just once a year. A cut in late September or early October will provide lots of food for bees and will allow the wildflowers to self-seed, creating a carpet  of wildflowers the following year.

With the loss of wildflower meadows British gardens are becoming a lifeline for Bumblebees. Many ornamental plants that are commonly found in gardens, such as pansies and begonias, are of no value to wildlife as they produce very little pollen or nectar. But however small your garden is, there are hundreds of alternative plants that are good for bees, including Lavender, Rosemary, Catmint, Foxgloves, Hebes, Asters, Vetches, Broom, Trefoils, Red Clover, single- flowered Roses, and Heathers.