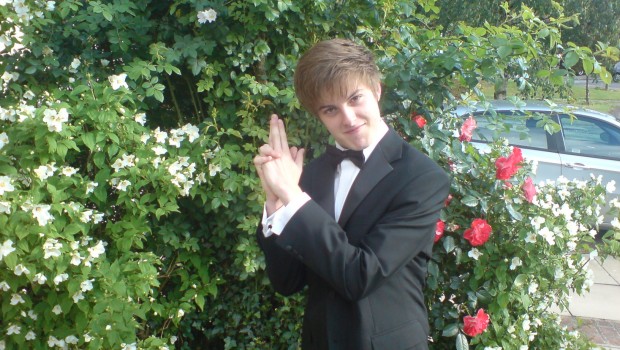 The name’s Shout, My Shout!

What’s been happening in this fair town of Tonbridge then over the last month?
Well for one thing I was given a bottle of each of the three Tonbridge Old Fire Station’s (TOFS for short) own beers. Actually two ciders and an ale to be more precise. Very passable they are too. Readers who saw my ugly mug on this page last month will realise that, at my advancing age, I just can’t take the beer as much as I could in my youth so I’m going to go easy on these three beauties and savour them. Unless of course the TOFS producers bring around another crate or three!

Being the owner of a small independent bookshop I couldn’t help but smirk when I heard the news that there’s now strong evidence that Amazon’s much hyped Kindle is increasingly being bunged in the back of a draw in favour of the real thing that is proper books. You know, the type which have been around since the invention of the printing press in the 1400s and have never really looked back since the printing of the first Guttenberg Bible. Can anyone really imagine a life without the tangible, physical book. I mean think of the horror of reading every book from now on the same cold e-tablet. Great in theory but just too plain dreary in practice. Just my opinion but: The Kindle is dead? Long live real books I say!

Having fallen off my bike several times and developed an almost permanently bad left shoulder I think it might be time to change over to winter tyres on my cyclocross bike. I am quite missing getting off-road and onto those cycle tracks and bridle paths which you just cannot do with the slick road tyres on. Penshurst trail and Bedgebury here I come!

I went to see the new James Bond film at the cinema shortly after it came out and, for me, it was one of the best yet. I love the more realistic version which Daniel Craig brings to the role. Yes there are 21st Century special effects but this Bond is much more human than some of his earlier incarnations. Much closer to what author Ian Fleming created I believe. It’s become mine and my son’s thing to go and see the new Bond when it comes out so I do hope that there are lots more to come. Mind you it cost a whopping £23 for two tickets on a Monday night and a scandalous £3.75 for a tiny bag of sweets. If I was 007 I’d say they needed shooting for that!

One last thing. From me at My Shout you all have a very Merry Christmas. If you’re partying this festive season then party hard and enjoy yourselves but do come out the other side and we’ll meet again in 2016!

My Shout is brought to you by that chap who’s often seen loitering in Mr. Books Bookshop, 142 High Street.