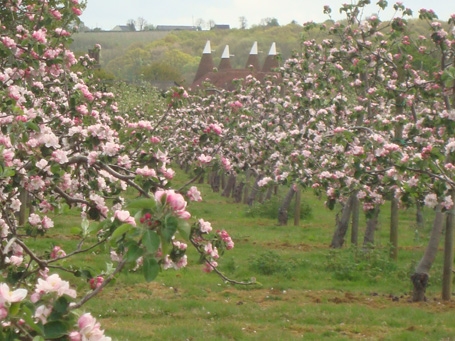 An extract from Roger Ralph’s book “The Forgotten Years”

“I hold it almost impossible for the English to live without apples!”

As we marvel at the beauty of apple blossom at this time of year we see a very English way of life. Apples have been here since the Romans but in modern times the trees are smaller, tree grease and whitewash are no longer used and health and safety is probably responsible for spoiling the fun of picking from the top of a 30 stave ladder.

As Mr Charlie Willard of Paddock Wood recalls, “picking was better than going to the gym and by the end of the season you had probably done a marathon in exercise.”

“In my early years everything was done by hand manually. There was no machinery like there is today. Tree spraying (tree washing) is the name the workers gave it. Three men would do this dirty job two spraying one loading the horse. It would take some ten days to get all the orchards sprayed. Horses were still working the land in my early years.

The spraying machine was made up of a ninety gallon tank on wheels mounted on an iron frame. Two pumps sat on either side of the tank to pump the spray out. A Lister engine drove the pumps with a water hopper on top which was always steaming. It was also used to warm cold hands! When starting up this engine we had to make sure the horse was well away. A handle was used which came off after starting. Once going it made a Pop! Pop! Pop! sound and the exhaust blew towards the back end of the horse. On many occasions the horse ran away. On one occasion the horse ran all the way home to the stable with the sprayer behind him.

Either side of the machine were rubber hoses coiled with wire. At the end of the hose a nozzle was fitted on a long lance.

These were held by a man walking under and around the trees while spraying. Two hundred and fifty gallons were sprayed onto one acre of trees. The men doing this job had to find old clothes and hats. There were no health & safety laws in the old days. When the tank was empty the horse pulled the machine back to the stream where it was refilled by three men using buckets. Today you are not allowed to take water from a stream.

The materials we used at the time were Arsenic of Lead, Lime sulphur and Derris. Even in those old times some were organic.

Cattle were kept in the yards over the winter. Farm Yard manure was used in large amounts on the orchards. Other fertilisers used were sulphate of ammonia, sulphate of potash and bone meal. All these were spread by hand using a Sussex trug strapped in front of each man. They walked along throwing the fertiliser each side of them walking from sack to sack. Each sack was two hundredweight. The farm also had two meadows and these were mown for hay. Once more this job was done by the noble horse. One man worked with one horse. There was one metal seat on the mower and the horse was guided by long reins. The machine cut the grass in the orchards leaving a strip between the trees. This strip was later cut by hand. The sheep did the mowing of the orchards in winter and spring. In modern times fertilisers are sprayed on the leaves of the fruit trees. Seaweed extract, magnesium and urea are used. It is likely that about half the fertiliser applied to the ground was washed out in the land drains.

The dark winter days were taken up clearing ditches, cutting hedgerows and pruning the old trees all by hand. Some of the large trees would take one and a half hours each. It could be estimated at today’s prices that one acre of trees would cost over a thousand pounds. As they were large trees thirty bushels of apples would be picked from one tree for most years. When the apple picking began most of the early apples went to the London Markets from the orchards. Late varieties were put into cold storage all in bushel boxes weighing fifty pounds. This job was done after a days work in the orchards, sometimes taking until ten o’clock at night. Loading the old stores was a work of art. The bottom of the store was filled with boxes of apples five high. Planks were laid over the boxes using roller conveyors. The full boxes would be pushed along to two men stacking them fifteen high. Most stores were loaded like this before the days of the fork lift truck. Some ten thousand boxes lifted by hand.

Out of season the old stores were filled with Australian cheese as well as South African pears. Most farms locally would have had an orchard. The farmer’s wife would probably have grown the odd codlin (small green elongated or unripe fruit) for early apple pies.

Ever since the Romans brought sweet apples to our shores the fruit has been held in great affection here. I hold it almost impossible for the English to live without apples.

Talking about apples and looking back to the years of war. They were picked into bushel baskets no grading, no packing they were sent direct to the factories for processing. Other fruits went for jam making. There was no waste in those uncertain times. After the war apples were graded for size and packed in round bushel baskets, in rings around the baskets. This job was done by local people who were apple packers. Most of these apples went to the London markets to be sold. Bushel boxes began to appear on most farms after a few years. Less packing was involved and they went away as jumble packs with just one top paper. Most farmers found baskets took up too much space as they were round. All boxes of apples were hand loaded but later during the sixties bulk bins took their place. All was done by machine then.”

Thanks to Sarah Hamilton for supplying the copy 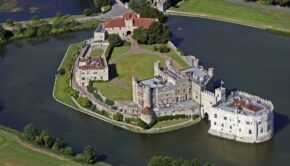 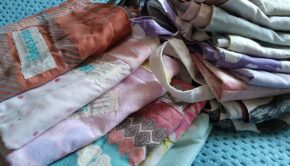