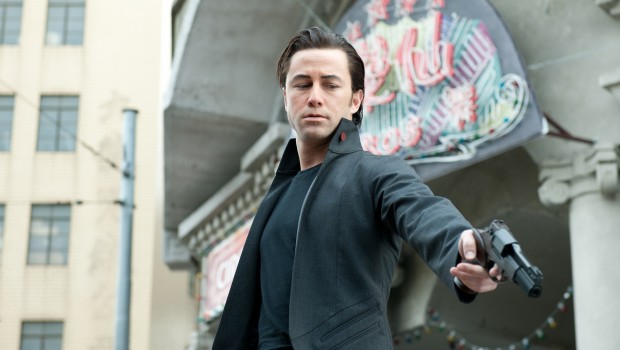 In the future, body-identification makes it so difficult to hide a corpse that organised crime bosses send targets back in time to be killed by ‘loopers’. When the looper’s contract is up, his older self is sent back to be assassinated, along with a fat paycheque. Joe (Joseph Gordon-Levitt) is one such looper. But when his older self (Bruce Willis) escapes from what is meant to be his fateful moment, Joe must hunt ‘himself’ down to save his own life in the present day.

It’s quite a lot to take in. However, director Rian Johnson’s swift, simple, but meticulous direction ensures Looper is an intricate experience without ever being confusing. When somebody eventually picks it apart strand by strand, Looper may not actually make sense after all. Twice characters in the film ask that the mechanics of time travel remain unexplained, and rightly so, because Looper is simply too good to have to explain itself.

Sharing ancestry with sci-fi classics such as Blade Runner, Cameron’s Terminator series and more recently Duncan Jones’ Source Code, Looper draws on a familiar dystopian future as its setting. Its most depressing traits are the shots that could be a sweep of 21st century Detroit or New Orleans, with only the occasional solar-panelled car reminding the viewer that things haven’t gotten that bad, yet.

Wearing prosthetics to make his appearance closer to Willis, Levitt pulls off a charismatic if superficial performance of a killer-for-hire. We are drawn to Joe, yet never really get under the skin of the character. The decisions he makes form major plot points, but nothing is subtle or compelling about his personality.

There are pacing issues, particularly in the 2nd act, where what has been a chase film from almost the get-go hunkers down in a barn for a good hour, and there is just the smallest sense that there are too many overlapping stories trying to get air time. However, overall Looper delivers on that oft-defaulted promise of an original and thrilling blockbuster. Just don’t think about it too hard.