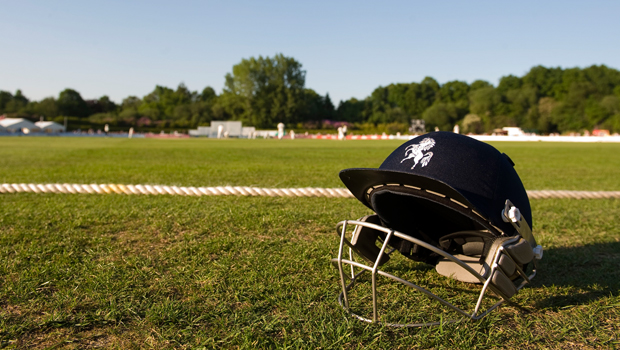 It was during this golden age of cricket that Woolley started his Test career that was to last for 16 years and 64 Test matches, during which he scored five centuries and 3,283 runs at an average of 36. In 1909, he went to South Africa and played one match against a local team of 22 players, of whom all fielded! In 1911 he went on the tour to Australia, which England won four Tests to one. Frank’s personal record for this tour included 305 not out against Tasmania; a total of 781 runs with an average of 55.78 and 17 wickets at a cost of 29.58.

At 27, in 1914, Frank was at the peak of his playing ability. He married in the same year, Sybil Fordham, daughter of an Ashford veterinary surgeon. This was a most happy marriage, which lasted nearly 50 years and produced a son and two daughters. But of course normal life came to an end with the declaration of war.

Woolley was astonished to be rejected when he first presented himself to join up – faulty eyesight and teeth. The latter are not generally regarded as essential to being a good cricketer, but the former certainly are. Hitting a ball travelling in your direction at more than 90 miles per hour and catching one, in the split second it takes to travel from bat to first slip, certainly requires good eyesight. Frank declared the examiner ‘barmy’ and tried again – the second time he was successful and found himself in the Royal Navy in the motor boat section of the Air Service, stationed first at Felixstowe and then in Scotland. His experience working in his father’s engineering shop no doubt accounted for this secondment.

He may have had some practical knowledge of engines but he lacked sea going experience and understanding of tides. When his launch arrived in the Firth of Forth, he secured it with mooring ropes in the approved seamanlike manner. Next morning a crowd had gathered to inspect the vessel suspended ten feet above the water.

A happy outcome of the war, unusual in large families, was that Frank and his three brothers all survived. But not unscathed; Charlie had been badly wounded in Gallipoli and Claude was blown up in France by a shell that killed his friend, the Kent slow bowler Colin Blythe, who had first spotted Frank’s talents. Claude was an invalid for the rest of his life.

After the cessation of hostilities, professional cricket returned and Frank resumed duty for Kent and England. Needless to say he was a bit rusty. His worst ever bowling spell came in one of the first matches, played in 1919. At the Oval Surrey needed 95 to win in 44 minutes, with a slight drizzle and the light extremely bad. Kent were bowling their 13th over by the time Hobbs hit the winning runs with 15 minutes to spare. Woolley was hit for 54 in six overs. But he was soon back to his old form and he took his one and only hat trick against Surrey in that same summer.

In 1923 he hit his highest score for Kent – 270 runs in 260 minutes against Middlesex at Canterbury. Woolley, in common with other fine hitters of the ball, especially enjoyed playing Somerset at Taunton where the river beside the ground was a tempting target. In 1924, John Daniel, the Somerset captain complained about ‘that blasted Woolley’ who had despatched no less than nine Somerset balls out of the ground to be lost in the drink.

Post-war the Test matches against the Australians brought a reversal of fortunes for England. Ironically in the losing 1921 series, Woolley probably played his finest Test. At Lords in the second Test, against the visitors’ fastest bowlers, Gregory and McDonald, Woolley hit 95 in the first innings and 93 in the second. The rivalry between the two teams was as keen as ever. One incident concerned an umpire’s decision. The Australian bowler Warwick Armstrong was angry: “Nobody but a bloody Pom would have stood there.” Implying that the batsman should have walked. Woolley with considerable hauteur replied: “Nobody but an Australian would have appealed in the first place.”

In the autumn of his playing career, 1934, when he was 47, Woolley had a memorable season. When most cricketers were reaching for their slippers, he scored ten centuries for Kent, at an average time of around 107 minutes for each. His fastest was in fact 63 minutes against Nottinghamshire at Dover, which earned him a trophy and £100 in cash, for the fastest century of the season.

When he retired in 1938 (the season that for the first time during his long career he opened the batting for Kent), the eulogies were heart felt. Writers remarked how much he had been a joy to watch, playing an eminently straight bat, employing his long reach to full advantage, his timing of the ball approaching perfection. Another described him as the most graceful batsman of his day and that when you bowled to him there weren’t enough fielders. For his services to cricket he was made an honorary member of the MCC and his old county Kent Cricket Club.

The great left-hander settled with his wife in Hildenborough and spent his time coaching at King’s College, Canterbury. With the coming of the Second World War he moved to Cliftonville and served in Dad’s Army, the Home Guard, initially armed with a broom handle, which had an outsized nail for offensive action.

Their only son, Richard, was lost at sea in the Beaverford, part of an ill-fated convoy protected only by HMS Jervis Bay which so gallantly sacrificed herself to the German U-boats to gain time for many of the ships to escape, but not, sadly, the ship in which Frank and Sybil’s son was serving. Whilst on holiday recovering from this sad news, their Cliftonville home was destroyed by a stray bomb from a lone raider.

After the war the Woolleys lived in a flat in Tunbridge Wells but after his wife Sybil died in 1962, Frank went to live with his youngest daughter at Longwick in Buckinghamshire where she had a riding stables. On his 80th birthday there was a celebratory dinner at the Great Danes Hotel at Hollingbourne where the main speakers were Edward Heath and Colin Cowdrey, the Kent and England captain.

His final years were spent in Chester, Nova Scotia, where he married Martha Wilson Morse, the widow of a major of the Royal Tank Corps. His life’s innings came to an end in Canada on October 18th 1978 at the age of 91.