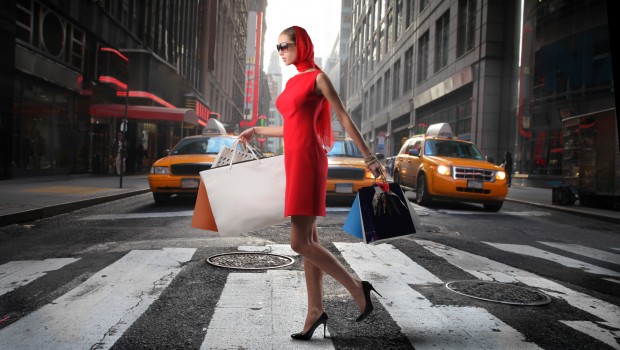 The Fairytale of New York

I’d like to fly to New York to indulge in a long weekend of pre-Christmas retail therapy every year, but I can’t afford to. Happily, last year was one of those years when I could and it was well worth every penny. I went with a couple of like-minded friends in November; December can be surprisingly cold and everywhere is more crowded and consequently more expensive. The key to a successful shopping trip is to do some research and plan it well in advance; you will save a lot of money and also get a good table in the better restaurants in the evening.

We flew Virgin Atlantic from Heathrow, economy class because it’s perfectly civilised for a 7 hour flight and saves a lot of money. To make up for this bit of cost cutting I’d arranged for a limo to pick us up from the airport; at $45, equivalent to £10 per head, it would be rude not to. New Yorkis home to some of the best hotels in the world, and probably some of the worst too, but, by judicious use of Trivago, I’d managed to get us rooms in Hotel Pennsylvania on 7th Avenue for about £110 per night. ThePennsylvania is not über luxurious, but it is classy and comfortable and located right in the heart of the action.

New York is five hours behind the UK so it felt like 10.30 at night to us when we checked in, even though it was really early evening. I enjoyed a reviving soaky bath in the huge American size tub before meeting the girls in the bar for cocktails – Manhattans of course! Dinner was in an Italian just round the corner, nice food, laid back and remarkably cheap – just what you need after 11 hours of travelling. We went to bed early to sleep off the jetlag.

In the morning I avoided the siren call of the American breakfast (they really do offer you steak and eggs to start the day) and contented myself with coffee and a croissant. Then we got down to some serious shopping. Planning your shopping trip(s) is essential; if you simply started at one end of 5th Avenue and worked your way along going into every shop, you’d be there for weeks. Instead we spent the day on Madison Avenue, which is a real designer paradise. Virtually every upmarket label you can think of has its own store there, from Calvin Klein to Versace and everything in between. Between them they took us up to 1.00pm when we became ladies who lunched. In the afternoon we checked out Barneys, a must visit destination for all fashionistas.

Our evening destination was 21 Club, an iconic New York bar and restaurant dating back to the prohibition era. The food is classic American cuisine and they have a fantastic wine list; the cocktails are sensational. We had a great evening, but take note: this is definitely a place that you need to book in advance. Our other dining adventure was to Aquavit which claims to be the number one Scandinavian restaurant in New York, rather too much pickled herring for my tastes but classy all the same.

Saturday also saw us making our pilgrimage to Fifth Avenue, starting off with Bergdorfs, a department store that is mainly devoted to fashion. They have an entire floor given over to shoes and handbags; I thought I’d died and gone to heaven. Next up was Saks which is very much along the same lines – you can’t go to NY without going to Saks. We finished off at Century 21 off Broadway, a fabulous shop where you can buy all the designer clothes you looked at on Madison and Fifth Avenues but at half the price. We devoted Sunday to a long lie in, a lengthy lunch and a spot of sightseeing. Then it was back in the limo to JFK and the red eye home again.

A weekend in New York is so uplifting they should provide it on the NHS.