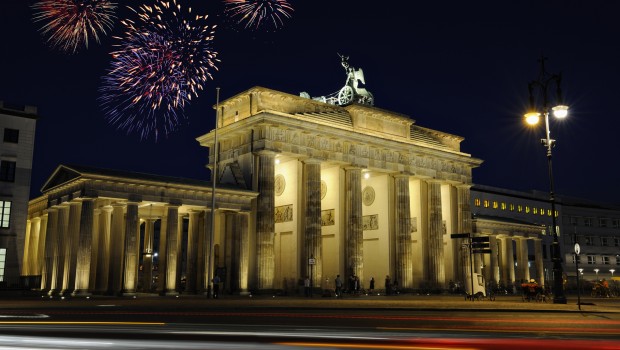 Back in the mid Eighties I spent a year inGermanyas part of my degree and got to know some Germans who remain close friends to this day. It was these friends who introduced me to the delights ofBerlin.Berlinis a brilliant town to visit at any time of the year, but at the New Year it really pulls out all the stops. When I first went there it was still a divided city with a certain seedy glamour, home to spies, soldiers and ebullient Berliners. I was there in 1989 when the wall came down and all of Berlin went and danced on top of it, belting chunks out of the concrete with anything that came to hand. Since then I’ve been back several times, most recently a couple of years ago, and watched as the city was reunited into a young, thriving and cosmopolitan metropolis.

It’s easiest to fly to Berlin and you still land at Berlin Tegel which was the hub of the airlift that kept the city alive in 1949. The easiest way to get into town is still the bus as the nearest S Bahn station is a 5 minute ride from the airport. Last time I was there it was unbelievably cold, butBerlinusually is in the winter – top tip: take a big coat, boots and plenty of warm clothes. I normally stay just off the Alexanderplatz in the City West district. They built tons of hotels in Berlin after reunification so they’re very cheap; a double room in a 3 star hotel will set you back 50 Euros a night.

There are lots of museums, palaces and other cultural attractions to see in Berlin but I’m always drawn to the history of when the city was divided down the middle by a “death strip” of concrete, barbed wire and minefields. Most of the wall has gone now to make way for new development but there’s still a stretch by the canal. You can also visit the Berlin Wall Memorial, a huge blank monolith dedicated to the “victims of communist violence.” I like to wander round the Mitte district, literally the centre, which is where the German government lives now. Most of it was in the East before reunification and twenty years ago it was a bleak expanse of concrete interrupted by the occasional statue and puttering Trabant. Now it is a mass of buildings, modern art and people. As I walk I fortify myself with an occasional Currywurtz, the Berlin national dish, or pop into a bar for a cold beer and some warmth.

For shoppers the Ku’Damm is an essential destination, especially KaDeWe which is Berlin’s answer to Harrods – the massive food hall has to be seen to be believed. Over on the East side Friedrichstrasse is a mega trendy shopping district; in the 80s it was the home of the Stasi secret police! Sometimes there is an uneasy truce between the former inhabitants of West Berlin (Wessies) and those from the East (Ossies). You can even buy tee shirts with slogans insulting members of the other side.

On New Year’s Eve these rivalries are forgotten about. We start off in a restaurant in Schőneberg that I have been visiting for 25 years for the best rib of beef on this side of the Atlantic. (Booking is essential in any restaurant). Then we take the U Bahn over to Warschauer Strasser which has masses of bars; on New Year’s Eve it’s just one big party with everyone dressed up, plastered and having the time of their lives. When midnight strikes everyone rushes out onto the streets, boxes of fireworks appear from nowhere and the most chaotic and dangerous firework display in the world takes place. Then everyone heads back into the bars and the party carries on until dawn.

I suppose what I like most about Berlin is that it makes me feel young again. I’ve already booked my visit for the end of 2012 and I can’t wait. In Germany they have several ways of saying Happy New Year but my favourite is Prosit Neujahr! 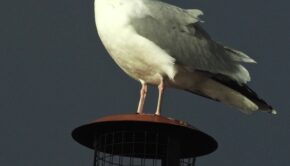