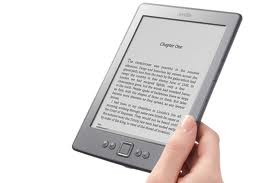 Opinion How I finally succumbed to the lure of technology

My car is equipped with something called ESP. If you had a lot of time on your hands, I could explain how it works but all you really need to know is that it stops my car from skidding, irrespective of how ineptly I drive it. As a result it prevents me from crashing into trees, walls, other cars and other sundry obstacles. It is useful technology and I have no doubt at all that it has saved a great many lives over the years. But there is much technology that is completely and utterly pointless, to the extent that you wonder what on earth the designers were thinking of when they invented it.

Sticking with an automotive theme, consider petrol electric hybrid technology as used in the Toyota Prius among others. It is hugely complicated, very expensive to manufacture and ecologically destructive and it doesn’t even achieve what it is meant to, namely produce a very economical car. In the real world, a diesel BMW saloon is far more economical, not to mention far more powerful, than the loathsome Prius. Then there’s Apple’s idiotic voice control system Siri. In theory this allows you to call people just by giving your phone a verbal instruction, “Call John,” for instance. Why on earth you would want to start telling your phone to do things when you can just tap the screen a couple times is beyond me, but it gets worse. By the time you have taught your phone to understand what you are trying to say, you could have gone to see John and spoke to him in person… even if he happened to live in Australia.

One form of technology (I cannot bring myself to use the word tech, unlike the jolly geeks on the Gadget Show) that I have never been able to see the point of is the e-reader as epitomised by the Amazon Kindle. Yes, I can see the logic of having hundreds of books stored on one electronic device rather than overflowing shelves in your living room. But look at all the downsides; first you have to buy the e-reader (that’ll be £100 please) and then you have to buy the books… well, not books as such, electronic files that beam themselves into your device over the ether. For some reason, even though the books are electronic files stored on a server somewhere and not blocks of paper and ink taking up valuable merchandising space in a shop, they still cost more than the paper ones from your local supermarket. Then there’s the fact that your e-reader is powered by a battery which you will invariably forget to charge up so that it goes flat just as you get to the interesting bit.

Also, think about the sort of places that you read books in. In my case these include in the bath, on a Mediterranean beach, in bed and on planes. Have you ever noticed that, by some strange oversight, they forget to fit power sockets on planes so that you can recharge your e-reader and that if you drop your iPad in the bath, it no longer works or that getting sand in your Kindle does it no good at all.

All this makes it rather strange that nowadays I read all my books (and I read a lot) on an e-reader; how can this be? The answer is that any smartphone worth its salt comes with a built in e-reader these days. Think about it; you always have your phone on you, it is generally charged up and, in 13 years of mobile phone ownership, I have never dropped my phone in the bath, the sea or down the toilet. I own a phone anyway so I don’t pay anything extra for the privilege of having an e-reader and, unlike an iPad, you can use the e-reader on your phone in bright sunlight.

Sometimes, technology is a wonderful thing.