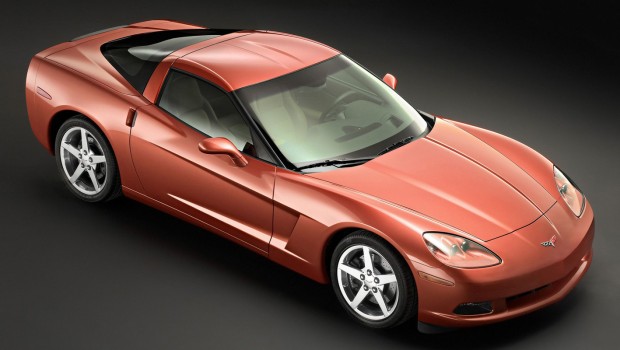 The muscle car was born in America in the 1960s. Testosterone laden coupés with beefed up suspension and monstrous V8 engines, they burned up the freeways and peddled the American Dream in a hundred different movies. In the noughties they gained a new lease of life with many of the big US manufacturers launching modern day versions of their iconic classics. Here is my pick of the bunch.

The Monaro is actually a rebadged version of the Holden of the same name that has been shredding Australian tarmac since 1968. A slightly ungainly coupé, it has acres of space and a comfortable ride and makes a terrific long distance cruiser. Press down on the pedal and it turns into a ravening beast. The stock version kicks out a lazy 340bhp but some models have 500 or more. Top speeds range from 165mph to Warp Factor 10 and they are cheap and plentiful. Expect to pay £8,000 for an 06 model with 60k on the clock.

The original muscle car, the star of Diamonds are Forever… they don’t come much more iconic than the Mustang. In 2005 Ford launched an all-new version with styling that harked back to the original. The interior is a bit of a disappointment and the 4.0 litre V6 with a weedy 210bhp needs to spend a lot more time at the gym. On the plus side, they are great value for money; £11k puts you in a 2006 model with 70,000 miles under its belt.

For: Looks the part, well equipped and comfortable

Against: Talks the talk but it can’t walk the walk

Arguably the best sports car ever to come out of America, the Corvette has been in continuous production since 1953 and every version apart from the C4 has been a stunner. The C6 really is the complete muscle car; it looks divine, goes like a supercar and the handling will put a huge smile on your face – it even manages reasonable fuel economy. The standard 6.0 litre V8 puts out 400bhp which is good for 0-60 in 4.2 seconds but there are far powerful versions around. A 2007 model with 40,000 miles on it will set you back £25k but, take it from me, this is a huge amount of car for the money.

Another car trying to milk the kudos of its 1960s ancestor is the latest version of the Camaro. To be fair, it looks terrific – mean, muscular and menacing and the 3.8 litre V6 with 312bhp endows it with an impressive amount of oomph. The handling is pretty poor though and everything about it feels built to a price. You’ll also have to buy a private import which makes it relatively expensive; I found a 2011 model with 12,000 miles for £23k. Don’t be fobbed off with the detuned 193bhp engine that some versions have – it’s as slow as a snail.

Against: A triumph of style over substance