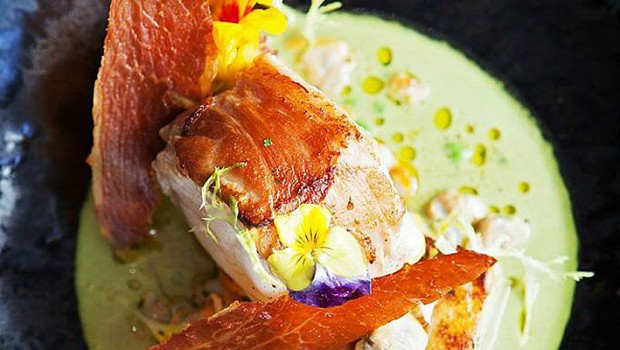 Skin and debone the monkfish; you can use the bone for a stock. Leave the monkfish in a large tailpiece and wrap it in Parma ham. Heat a little oil in a heavy bottomed frying pan and colour well in the pan before finishing in the oven for  about 8 minutes. Once removed from the oven, add the butter, thyme and lemon juice and allow the fish to rest in this mix. When it has rested for about 5 minutes, remove the fish, add the cream and bring to the boil. Once the sauce has reduced by half, add the parsley and cockles.

Peel and slice the potatoes, rinse well under a cold tap then dry. Now heat the cream with the garlic and rosemary until it has reduced by one third. Now layer the Dauphinoise – one layer of potato, one layer of cheese and a little seasoning. You want to have about 4 layers of cheese and potato. Cover with the cream and cook in a bain marie covered in tin foil for about 2 hours at 150˚c. You will reheat the Dauphinoise at 180˚c with no tin foil for about 15 minutes.

Serve the monkfish on the gratin Dauphinoise with seasonal green vegetables of your choice & the parsley sauce. 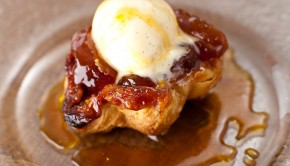 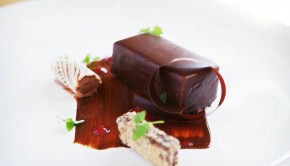