Chris McCooey has earned his living as a full-time freelance non-fiction writer since 1986 and his book ‘Freelance’  tells how. There are practical tips, there are examples of successes and failures and there are general musings about the freelance writer’s life. It was going to be sub-titled Freelance – You’re Free To Work For Whoever Will Pay You … And You’ll Get Lanced On A Regular Basis, but he decided against that because, on balance, although he has been lanced on occasions, he has also enjoyed hugely the writer’s life of living by his wits. He’s met wacky people, uncovered weird facts and been to some wonderful places … and written about them all for local, national and international publications. The book endeavours to encourage the freelance writer, and all those who want to work for themselves, with ideas and anecdotes and experiences based on his freelance years.

It’s quite a good idea to give another answer to the question OCCUPATION? other than freelance writer, especially when filling in official forms or getting insurance quotes. When I bought my motor home one company refused point blank to give a quote. I asked the unfortunate jobs-worth the reason why someone who researches and writes books about real people, places and things be refused motor insurance. He couldn’t, except weasel that the “underwriters don’t insure writers”. What a load of tosh is that? Anyway there was no use arguing, so the next company I phoned I said I was a “retired university associate professor … of netsuke and knitting” … well, alright I just told them the first four words and, yes, you’ve got it, I was offered a quote without problem or caveat.

Once you become known as a writer especially of local matters the chances are you will be interviewed and asked the usual anodyne questions by cubbish reporters from local publications. When I’m asked LIKES and feel waspish I answer: “Women’s ears and labradors’ breasts … or I may have got that round the wrong way …” It’s not being irreverent, it’s just that I like to test the boundaries … and leave it up to the editor to make the decision to include or otherwise. The same with a risqué joke when public speaking. I often say at the beginning of a talk that before I left home I had Googled the village, or the society or the club whom I’m addressing and found some very good info: “It’s amazing and got to be true because it was on the internet. It said that 83 percent of all adults living in [wherever] or members of [whatever] have had … sex in the shower … and it get’s better [hopefully after the laughter has died down] … the other 17 percent … have not been to prison.” As a rule the Women’s Institutes love this joke but the stuffed shirt brigades, especially when the Men are there with their Ladies (their one  treat a year) are sharply divided – the wives, mistresses and girl friends laugh and the stuffed ones smirk and think I cannot possibly laugh at that smut … and the interesting thing is I don’t care. I do not set out to offend. I just want people to have a good time and, hopefully, be entertained and informed in equal measure.

If you are a writer there should be the wherewithal – pen and paper – within reach, quite literally, at all times. I get random ideas in random places at random times, but I know that there are notebooks and pens and pencils all over the place – in the car, beside the bed, in my day rucksack, in the coat pocket of my Barbour (when I’m shooting), in the inside pocket of my sports jacket. And of course there is a notebook beside the open fire place as there can be no better place to write ‘insights’ … or complete crap, depending on how much I have had to drink.

‘The fire murmurs and crinkles gently, flames blue at the base, dancing gold at the top, with the base of the ash log orange-red and the wispy blue-grey smoke puffing and curling and hurrying up the chimney and away.’

I always used to write in a notebook, that I started in Japan in 1978, when I had a ‘fireside’ thought. I’ve used it over the years and it has a hard-back red cover with originally 300 blank unlined pages. It’s a tad smaller than A4 size and heavy so an ideal place to write as and when sedentary; it would be too heavy to pop in a day rucksack on a jaunt. I still write in it but only when I’m sober. Beside the fire is my ‘jottings’ book a slim, lined paper notebook. The next day I check it to see if there are indeed insights worth being recorded from the night before; sometimes, as mentioned, I’ve scrawled incoherent ramblings which are total bollocks. These then are torn out and used to start the next evening’s fire.

As Robert Harris writing in The Observer 29 November 1987 observed: ‘Journalism is literature’s equivalent of the one night stand. It may be excellent at the time, but it’s usually a source of embarrassment by the next morning.’

For signed copies of Chris McCooeys’ new book Freelance, send a cheque made out to him to Office Annex, Wood Cottage, Modest Corner, Southborough TN4 0LX for £10 which includes post and packing. 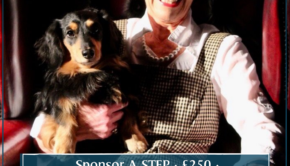